The following is an edited transcript of my video, What is a Disclaimer in a Trademark Filing?

So for example, a broadcast station called the XYZ Network would likely face a disclaimer requirement for the word Network, because Network is descriptive in the industry for broadcasting services, and so XYZ by agreeing to the disclaimer is essentially saying, “We understand that XYZ is the more creative and important part of this mark, and we’re not making any claim to the word Network by itself.” And therefore XYZ likely would not be able to stop anybody else from using the word Network, which of course should be fine with XYZ Network because the creative part of their name is XYZ and there already are 100 other TV stations that use the word network.

For example, in my USPTO registration for “THE NON TRADITIONAL TRADEMARK LAWYERS” I have dislcaimed “TRADEMARK LAWYERS” since that is descriptive of the legal services; as a result it would be unlikely that I could stop someone from using a brand name just because it featured the phrase “Trademark Lawyers” in it. 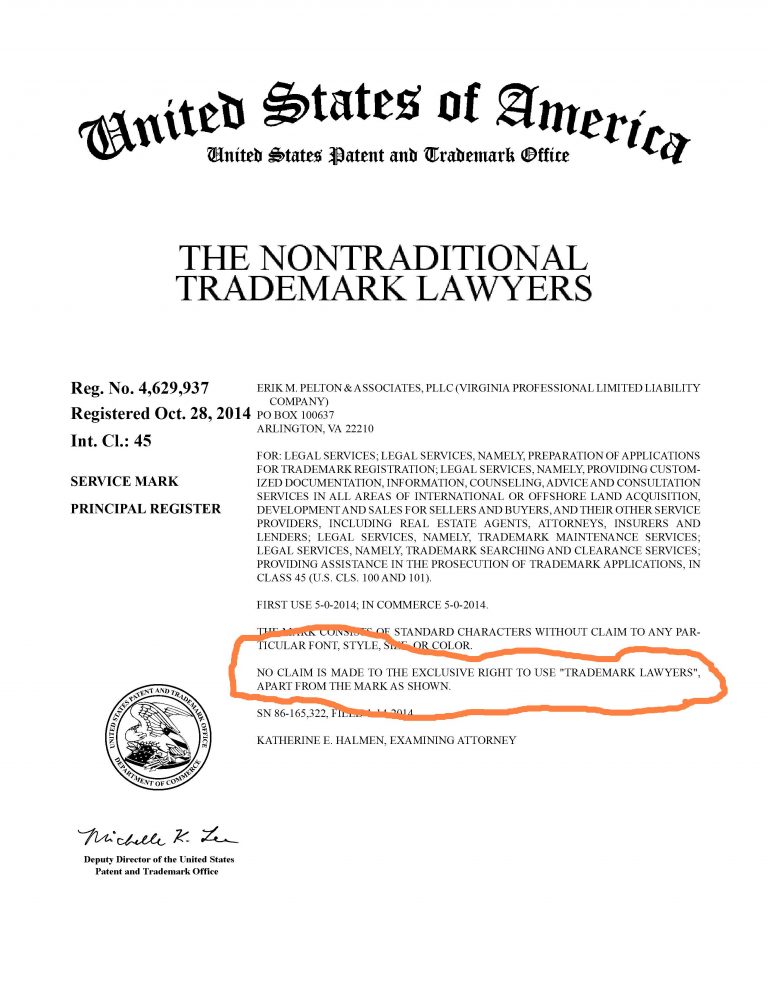 But note that the times when I really would have any concern or give pause to a disclaimer is when there’s an argument that the wording is not really descriptive or that it’s a more key component of the trademark as a whole that we believe is more protectable than a disclaimed descriptive portion. So a disclaimer isn’t always straightforward, but it generally is. And if you’re asked to disclaim common wording, wording that is clearly descriptive and common in the relevant industry, there’s likely no way around it.