In a rather long and wordy “Statement of Policy” in the Federal Register a few weeks ago, the Copyright Office recently noted publicly that series of exercises or yoga routines is not a protectable expression under copyright law.  I disagree – read on – and think that while most such routines should not be protected I think it is possible that some are and I would not shut the door on them entirely.

It is not entirely clear to me – despite the publication’s efforts – how a compilation or routine for excercise or yoga is different from a protectable series of ballet or dance moves. The dance moves themselves are presumably public domain. In noting that a dance routine can be protected, the Copyright Office says that “Choreographic authorship is considered, for copyright purposes, to be the composition and arrangement of a related series of dance movements and patterns organized into an integrated, coherent, and expressive whole.”

The directive creates more questions than answers for me. If a series of dance moves could be protected, why can’t a series of exercise maneuvers? Where is the line drawn. Is a series of aerobics maneuvers dance or exercise? What about Zubma®?  The video recording of a yoga routine protectable as a video, but the protection would not extend to the movements. Isn’t some music at its core a series of notes? The individual notes themselves are not protectable, I presume, but at some point a compilation of them becomes a protectable expression. I think the same is possible – though not common – for exercise or yoga routines.

Further complicating the issue is the Copyright Office’s admission that it has issued several registrations that it now says are invalid and unenforceable.

In sum, I disagree with the Copyright Office’s ruling – I would at least leave the door open to the possibility that an exercise or yoga routine was so creative, original, and expressive that it could be registered and protected.

One group who agrees with the rule is YogaTruth.org – a site devoted to “open source” yoga. 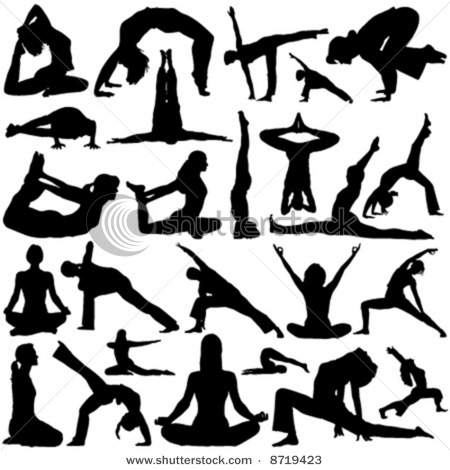