A decision by the Court of Appeal for the Federal Circuit a few weeks ago has gone largely unnoticed. The case, In re MSTG, 08-CV-7411 (CAFC April 9, 2012), may have very significant ramifications in trademark and patent disputes.

MSTG sued AT&T Mobility for infringement of patents related to 3G mobile telcom technology. MSTG later sued a number of other parties as to these same patents. MTSG eventually settled with all parties except AT&T. One of the key issues in dispute litigated between MSTG and AT&T is the amount that constitutes a reasonable royalty if AT&T were found to have infringed the patents. In discovery, MSTG produced the requested license agreements with the other former defendants, but AT&T sought additional discovery regarding the negotiations of the settlement agreements on the theory that they too could be pertinent to the determination of a reasonable royalty and moved to compel production. Although the motion was initially denied, the magistrate judge granted the motion, finding that the documents could shed light on calculating a reasonable royalty and why the parties reached their royalty agreements.

The Federal Circuit ruled that both Supreme Court jurisprudence and policy do not support creation of a new ‘settlement’ privilege, note that : there is no consensus among the states to create such a privilege; Congress has spoken to this issue and chosen not to adopt a settlement privilege (FRE 408); The Advisory Committee of the Judicial Conference has not recommended the privilege; and the Supreme Court has previously ruled that a party seeking a new evidentiary privilege under FRE 501 demonstrate that it will effectively advance the public good. While MSTG contends that this privilege will ensure full and frank discussions in settlement negotiations, the Court found it insufficient to create a privilege.

While the issue was specific to to the patent litigation before it, the Federal Circuit spoke more generally in terms of the Federal Rules of Evidence, so one could expect application into other areas of law over which the  Fed. Cir. has jurisdiction.

How could this apply to trademark cases? Are an adversaries negotiation details and communications with third parties subject to discovery?

Special thanks to law clerk Reid Morris who helped prepare this post. 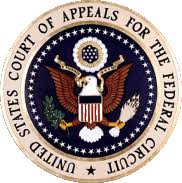