The following is an edited transcript of my video, Building a Strong Office Action Response for a Trademark Application.

Responses to Office Actions are something that I’ve spent a lot of time thinking about over the years. I’ve spent so much time working on them that I actually taught a class about them. I’ve worked hard to focus on the core elements of a strong or effective office action response. And I want to briefly share the four key elements of a strong response.

If you incorporate these four elements into an office action response, that is what I believe will give the best chance of convincing the examining attorney to take your position and perhaps withdraw a refusal. 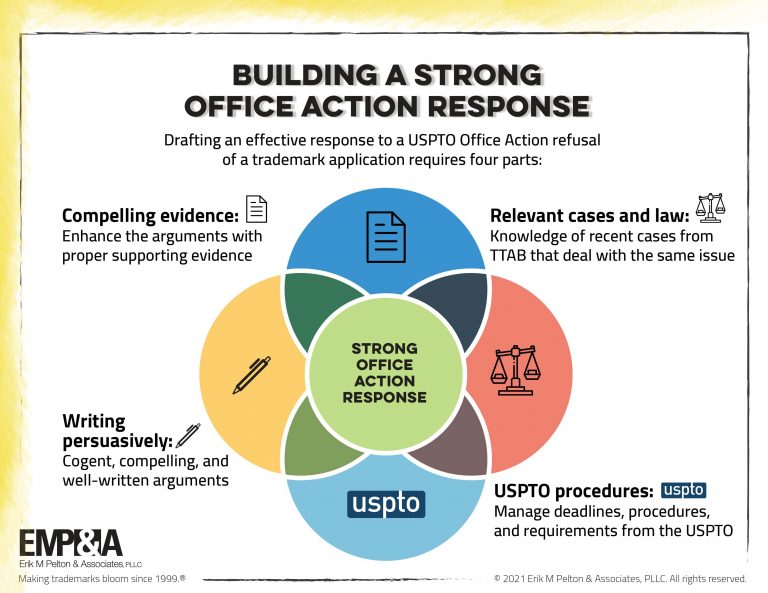 If you have questions about office action responses, you can reach out to me on email, on social media, in the comments here, or on my website at erikpelton.com.