The following is a transcript of a video of mine. You can watch the full video here.

An office action is a response by the examining attorney at the trademark office to an application. Perhaps you’ve received one. I’ve worked with clients who have received thousands of office actions, and responded to at least 5,000 office actions over the last 19 years. An office action is not a dead-end for a trademark complication. The applicant gets six months to respond, and there can be both procedural and substantive issues to address in an office action, depending on what the contents are from the examining attorney. But many of the issues can be dealt with and addressed, and all of them can be argued and responded to.

The most common substantive issue is a likelihood of confusion refusal, which is a conflict with another registration, at least as initially perceived by the examining attorney. But the applicant can respond, and submit evidence, and arguments, and case citations, and try to convince the examining attorney why a likelihood of confusion is not appropriate for refusal. Many other issues are procedural ones, like the description of goods and services, or the specimens of use that have been filed, or a disclaimer of a word, and those can almost always be dealt with in a relatively simple, straightforward response. 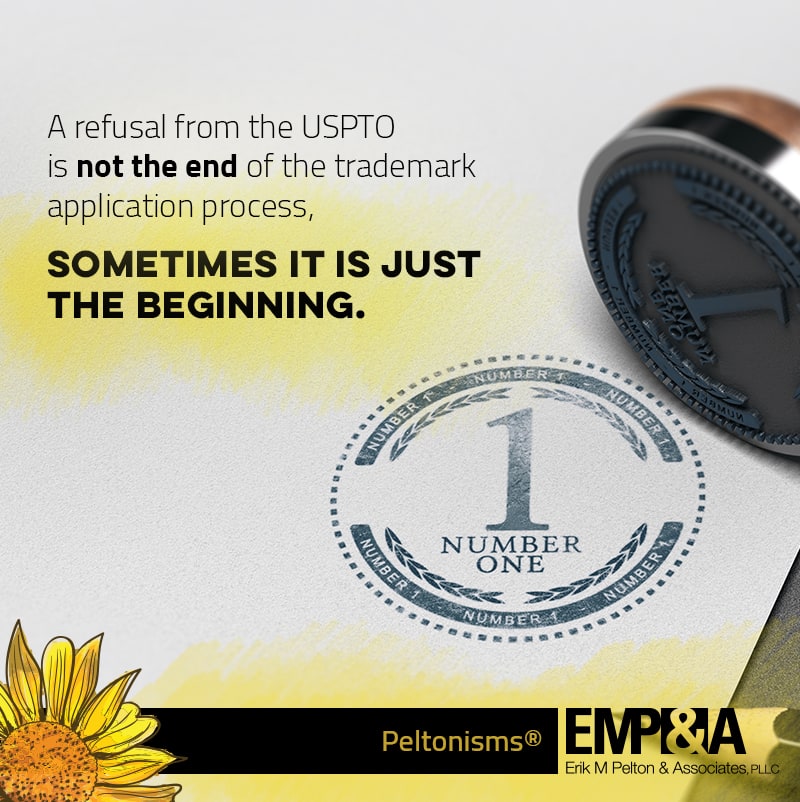