Last week I was honored to participate on a lively panel discussion at Harrisburg University of Science and Technology’s Social Medial Summit in front of a sold out audience at the school’s beautiful facilities.

Click the photo for link to video (panel discussion begins at the 18 minute mark) and see summary below from one of our firm interns who was an audience member. 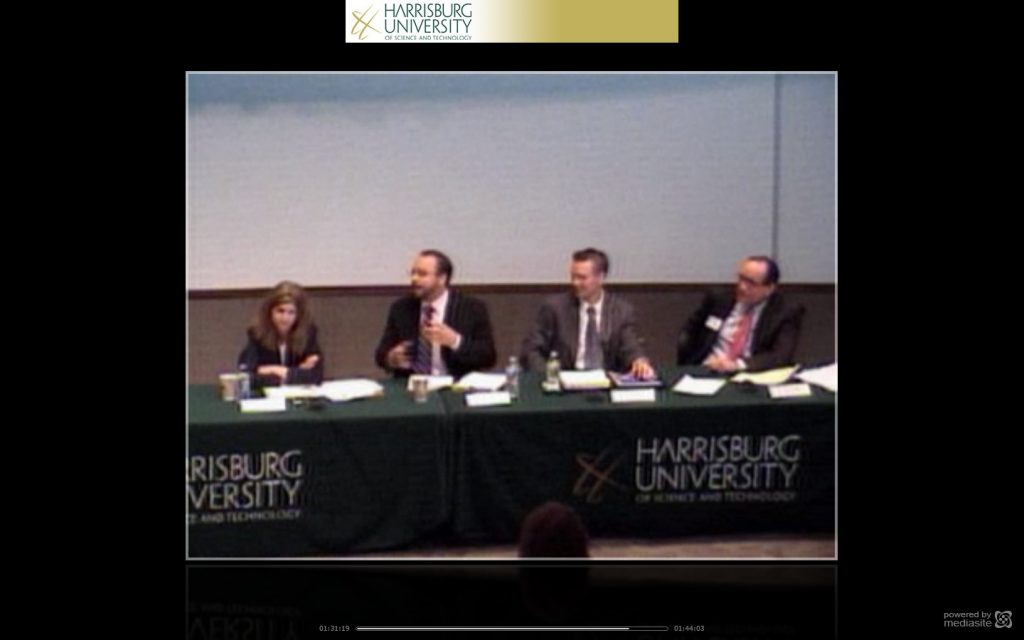 Firm intern Sarah Cho, a 3rd year law student at University of New Hampshire School of Law, attended the panel and offers the following summary of the discussion: