While this headline is from a recent article takes place in Canada, similar tales have happened in the US in recent years:
Humboldt Broncos president displeased by league’s trademark application filings for #HUMBOLDTSTRONG and #sticksontheporch after tragedy struck the local minor league hockey team.
Can we just agree that catchphrases which develop organically should not be protected by anyone generally?
No one should commercialize these phrases or seek to exclude others from using them. Such marks are likely not be protectable as trademarks (they don’t function to indicate the source of a product or service) and even if they did, asserting any exclusive claim to the phrase is in poor taste. Legally, the more commonly a term or slogan is used in everyday speech, the less likely the public will use it to identify only one source and the less likely the term or slogan will be recognized by purchasers as a trademark or service mark.  See In re Hulting, 107 USPQ2d at 1177 (quoting In re Eagle Crest, Inc., 96 USPQ2d at 1229); TMEP §1202.04.
See also my past posts on:

A search on Google shows many sites selling variations of the “Humboldt Strong” t-shirt: 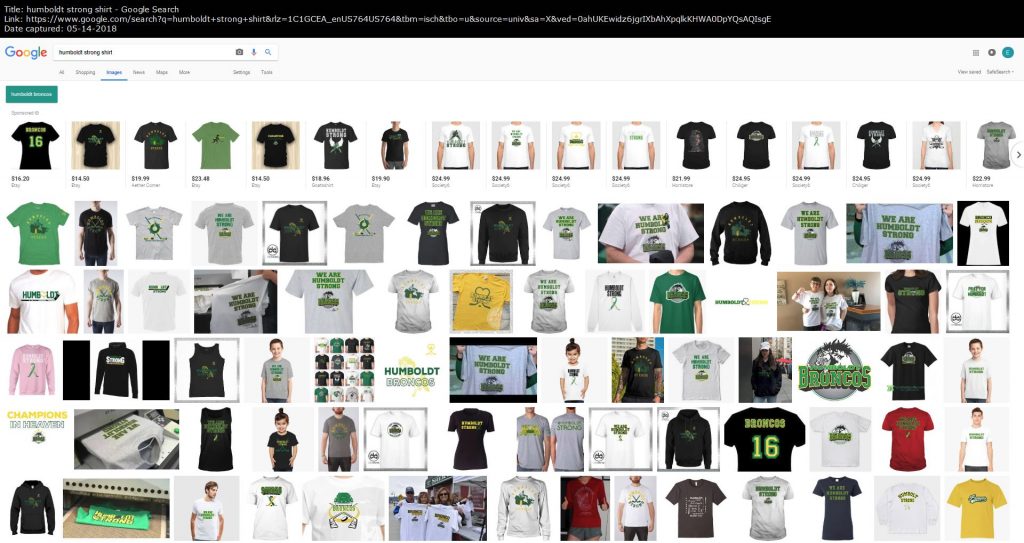