Last year, I reported that 2018 was a quiet one for trademark news. But not so in 2019; between a Supreme Court trademark case, USPTO rule changes, and more, this was a very busy year for trademarks. And 2020 looks like it will be an active one too. Here is a run down of the most important trademark developments this year:

Government Shutdown. As the year began, a shutdown affected much of the federal government from December 22, 2018, until January 25, 2019. Although the USPTO was not directly impacted this time, due to its reserve funds, future shutdowns – especially long ones – always have the potential of impacting patent and trademark filers.

USPTO Rulemakings and Changes. There were many changes afoot at the USPTO during the year, including new login requirements for trademark filers that began in October, a new rule requiring foreign applications to use U.S. counsel when filing trademark applications and renewals, and a proposal to increase many fees and create several new ones. A byproduct of the foreign counsel rule was a new requirement that U.S. applicants provide a domicile address and not a PO box or other address that doesn’t demonstrate a real U.S. location. Both the new counsel and login requirements were enacted to try to deter bad actors and fraudulent filings.

USPTO Fee Proposal. This fall, the USPTO unveiled a trademark fee proposal with many increases planned for filings, maintenance documents, and TTAB proceedings. A formal rulemaking request and more comments will follow in 2020. For more on my thoughts regarding the proposal, see the commentary I wrote for World Trademark Review here: More Justification needed: proposed USPTO trademark fee increases could hinder small businesses.

Pop culture trademark filings continue. Trendy pop culture terms, as usual, account for many new trademark application filings, most of which will be refused for being merely informational or failing to function as mark. At least nine applications were filed for OK BOOMER; along with dozens for MAKE ___ GREAT ____ and other political phrases in the news. Most of the major candidates running for president in the 2020 election (including Bloomberg, Buttigieg, Biden, and Sanders) have filed trademarks for their names, slogans, and/or logos. In 2019, there were more than 2,000 application filings for marks containing forms of “CANNABIS” or “CBD,” demonstrating the growth and investment of these industries.

CBD and hemp trademarks allowed. Following the December 2018 Farm Bill, the USPTO revised its handling of marks for CBD and hemp goods in May of 2019, allowing them generally, although there are important details and qualifications, and goods containing CDB that are regulated by the FDA are, as of today, still ineligible for trademark registration. For more, see my blog post.

Round-up Other USPTO developments. USTPO trademark application filings have continued to increase, but growth has slowed. Commissioner Denison announced her retirement effective at the end of the year. The Trademark Trial and Appeal Board (TTAB) issued multiple precedential opinions on ‘failure to function’ cases. The TTAB has also seen a large growth in filings over the last few years and currently has a fairly significant backlog.

Ban on scandalous marks stricken by Supreme Court. In a June ruling in a case called In re Brunetti involving an application for the mark “FUCT” for use with clothing, the Supreme Court struck the Lanham Act’s provision refusing registration of scandalous and immoral terms as violating the free speech protections of the First Amendment. While hundreds of marks with curse words and other such terms were filed with the USPTO in 2019 in the wake of the ruling, they still make up a small percentage of overall filings and I believe the impact over time will be insignificant for the vast majority of brands.

Scams continue unabated. Unfortunately, there were no developments to report this year regarding scammers who target trademark owners. And a new type of scam arose, where foreign applicants may be using names and/or address in the U.S. in order to try to get around the new counsel requirement (see above). Once again, trademark owners should carefully examine all solicitations regarding their trademarks and ignore those for meaningless publications and questionable renewal services.

Looking ahead to 2020. It looks like next year will likely be another busy one in the world of trademarks. In addition to the USPTO trademark fee rulemaking and the appointment of a new Commissioner for Trademarks, Congress has been holding hearings about possible trademark legislation and the Supreme Court has a docket with numerous intellectual property cases, including one about whether “Booking.com” is generic. I also expect to see continued growth in cannabis, hemp and CBD related trademark filings, with possible regulatory changes from FDA impacting some of these filings.

Erik Pelton® has been making trademarks bloom since 1999® as the founder of Erik M. Pelton & Associates®, a boutique trademark law firm in Falls Church, Virginia. The firm has registered more than 3,000 U.S. trademarks for clients and has represented hundreds of parties in trademark disputes. In December, Erik celebrated 20 years since the launch of the firm and filing of his first trademark application.

Past issues of Top Trademark Trends: 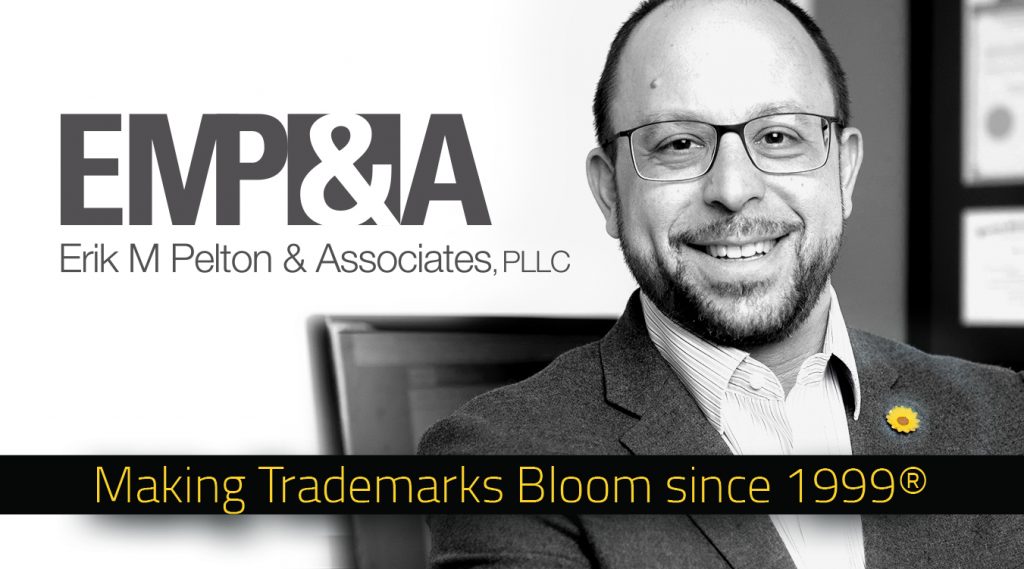