This morning, the Trademark Public Advisory Committee (TPAC) met at USPTO headquarters in Alexandria, VA. I was unable to attend the meeting in person, but streamed the entire meeting on video. The following are the highlights of the presentations and discussions.

Deputy Under Secretary of Commerce for Intellectual Property and Deputy Director of the United States Patent and Trademark Office (USPTO), Laura A. Peter 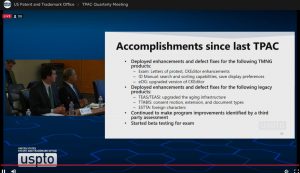 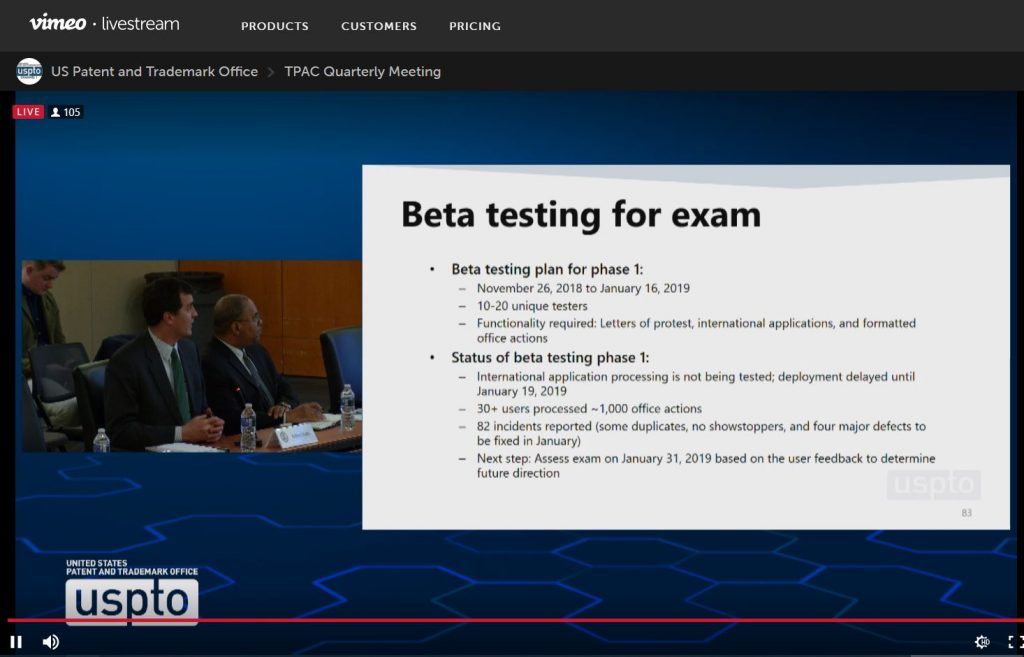 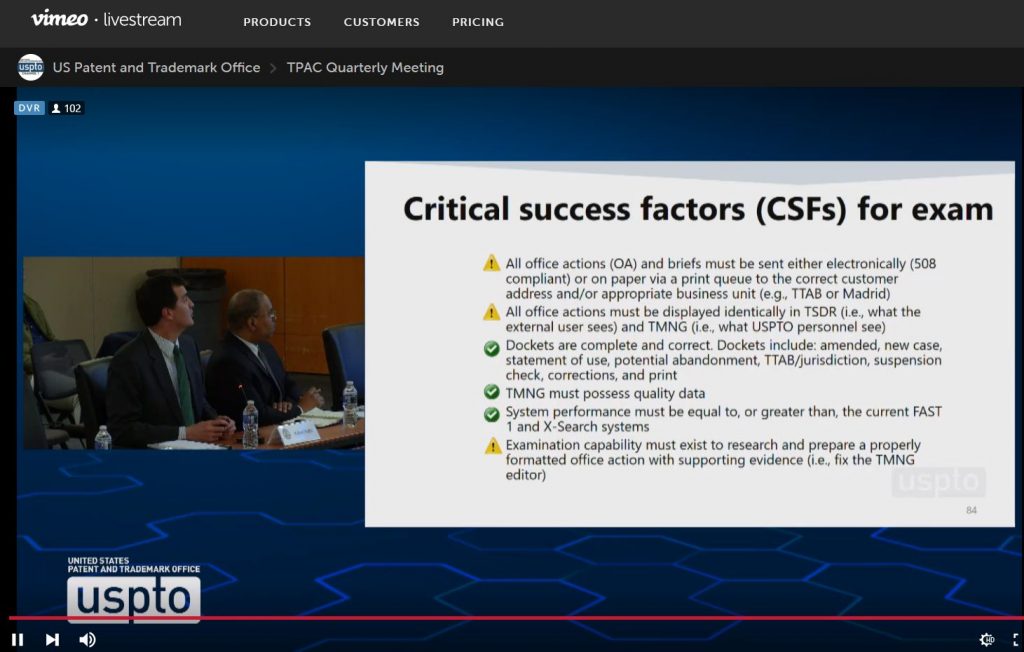 NEXT MEETING Scheduled for Friday April 26, 2019