Yesterday, the Trademark Public Advisory Committee (TPAC) met at the USPTO headquarters in Alexandria, VA. While I was unable to attend in person, I watched the streaming video live. Here is a rundown of key things covered in the meeting discussion: 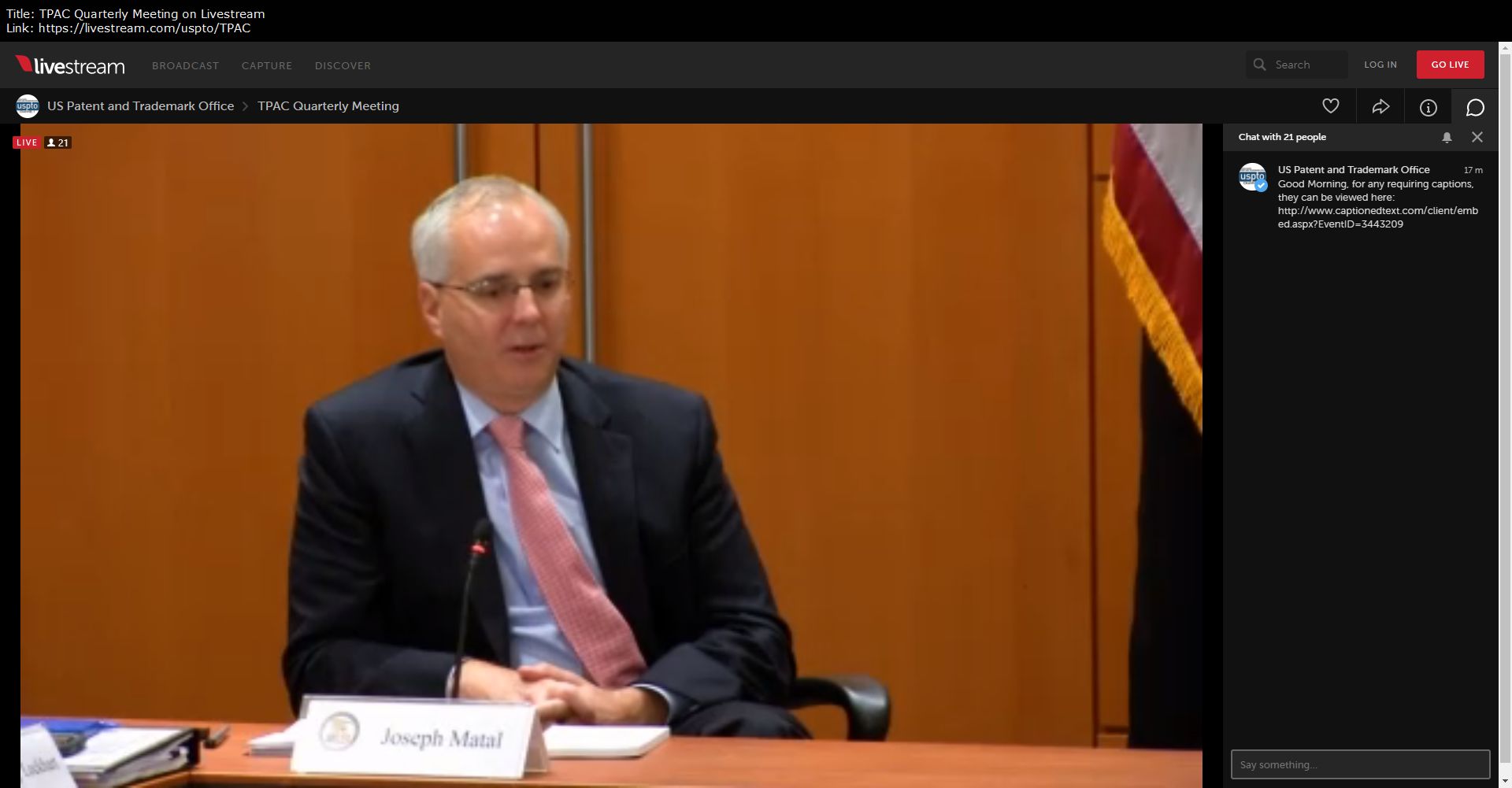 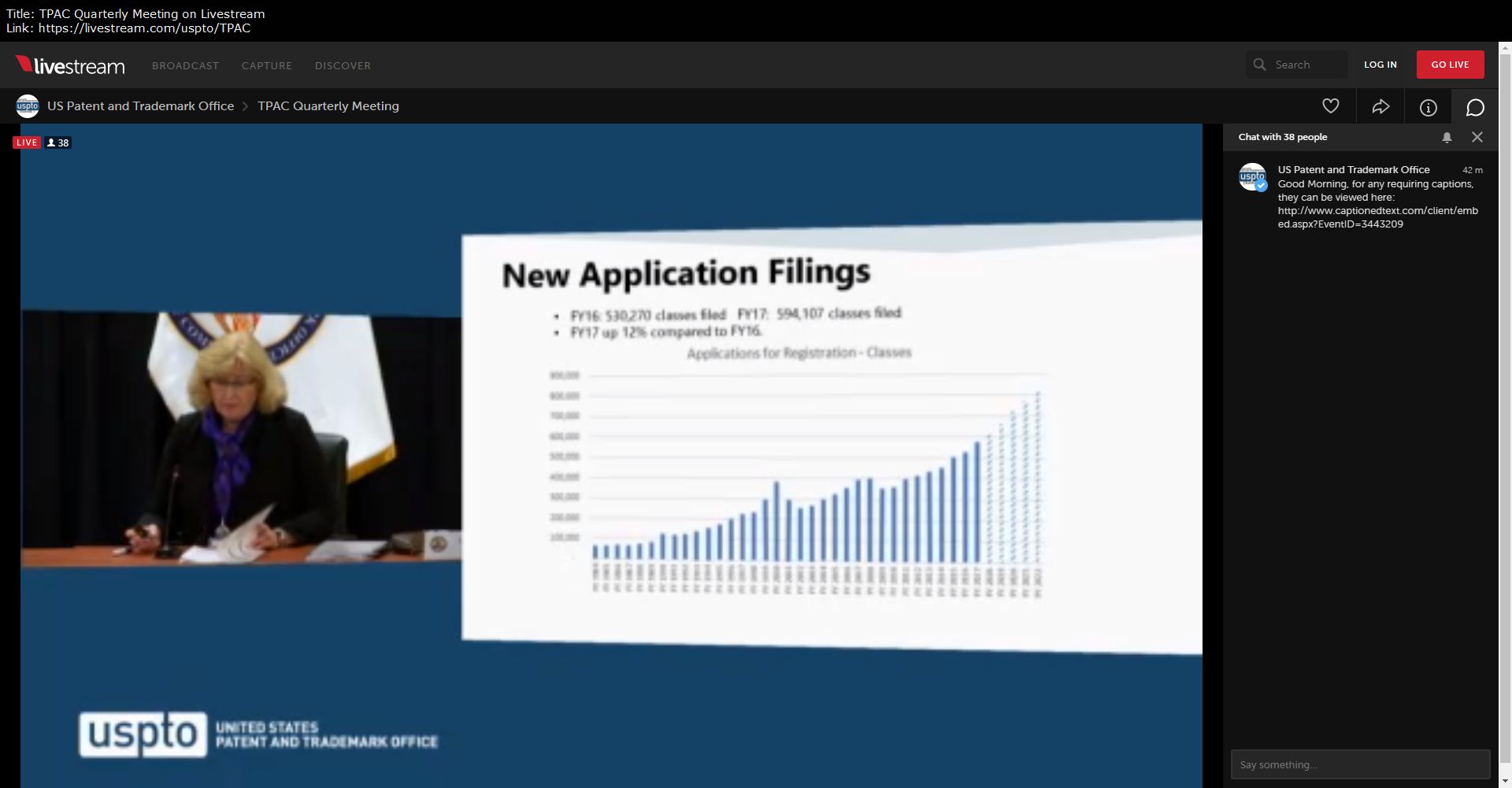 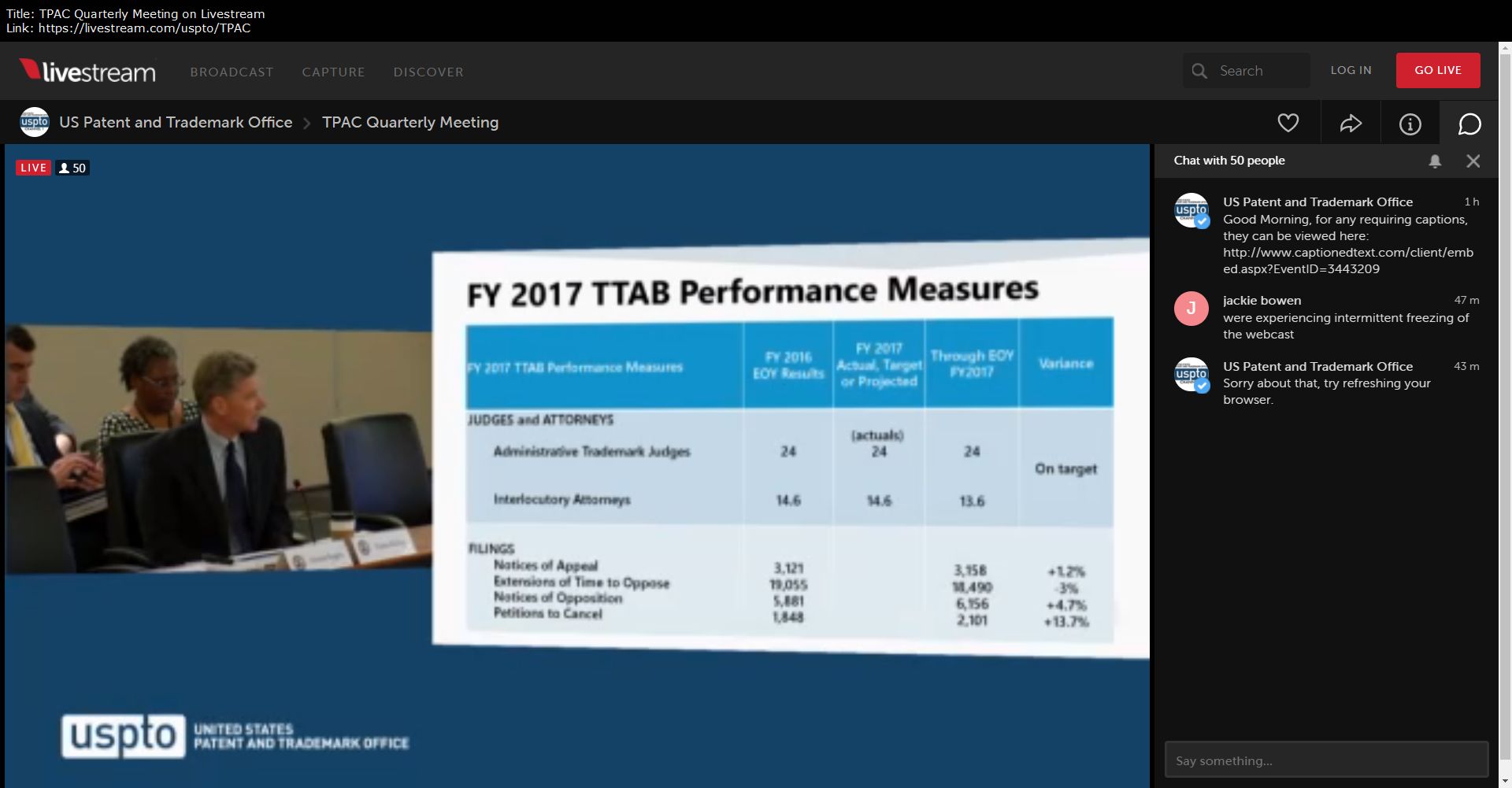 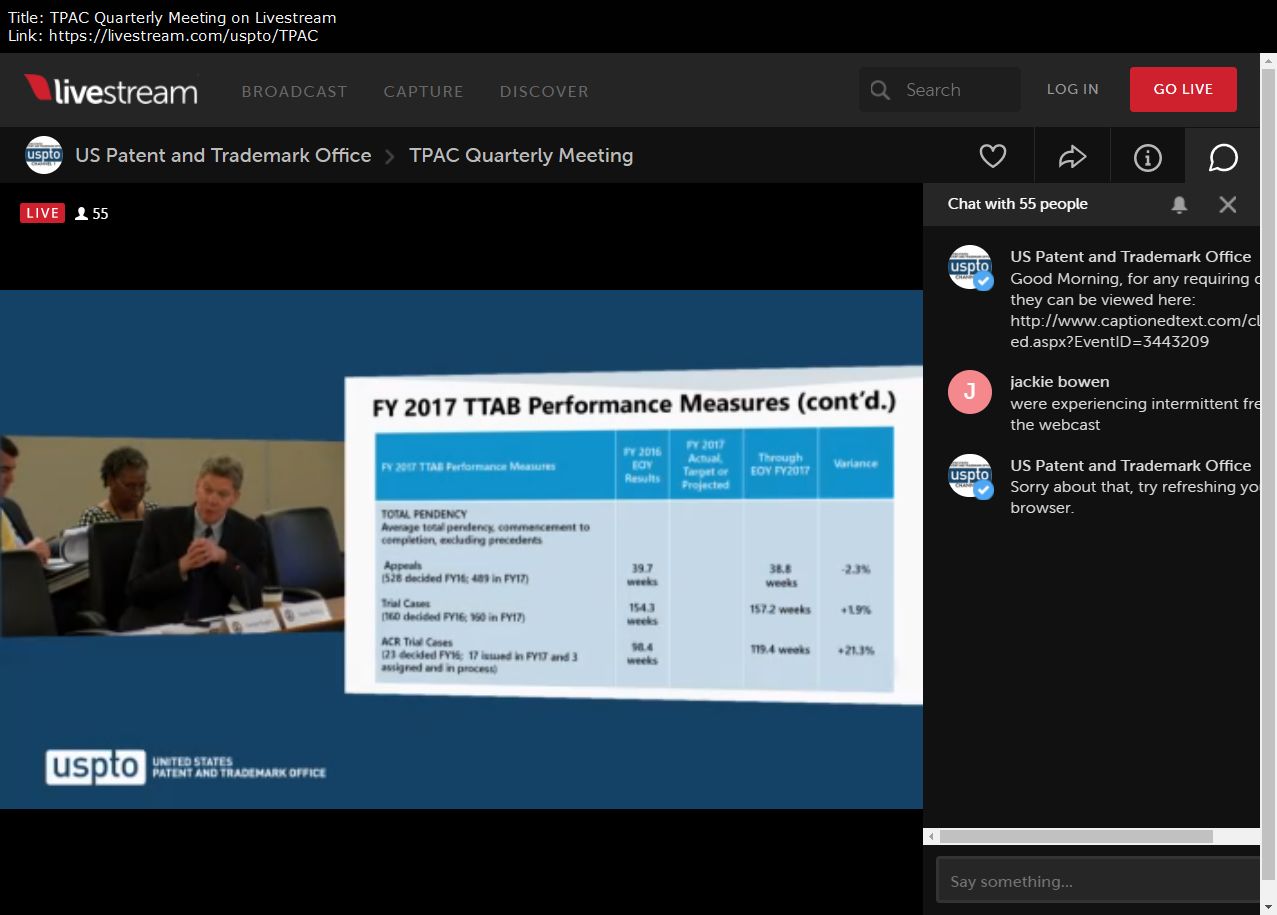