The USPTO launched an initiate to update its trademark computer and web systems in 2010. Nearly seven years later, many things have not changed. TESS is still the same interface. Most USPTO systems are not mobile formatting. The content of documents is not searchable. Yes, there have been some changes and improvements, and many of them are behind the scenes to infrastructure that is not readily apparent to the end user. And of course a project of this size and scope faces many challenges including funding and the difficulties created by a variety of old “legacy” trademark systems that operated separately, were coded in different languages, housed on different servers, and weren’t build for today’s internet.

However, even with those challenges, it has been seven years. And many of the suggestions I made in a June 2010 blog comment are still applicable! (bold emphasis added)

From the Under Secretary of Commerce for Intellectual Property and Director of the USPTO David Kappos’s March 22, 2010 blog post announcing “Trademarks Next Generation”. The other comments on the Kappos blog post also feature many excellent suggestions.

The recent annual report of the Trademark Public Advisory Committee details some of the ongoing difficulties and challenges. Here is a quote from the report:

“The original development timeline of 18 months was, in hindsight, unrealistic, and the size and scope of TMNG have grown considerably since the system was proposed in 2009. The USPTO now projects that full implementation of all phases of TMNG will not be finished until at least FY 2019—eight years after conceptual work on the system began in 2011.”

Given the need for these ‘next generation’ tools – trademark filings are at all time highs and the old tools are out-dated and not nearly as robust as they could be – trademark users and counsel should be congnizant of this situation to monitor progress and weigh in when appropriate to urge continued advancements. 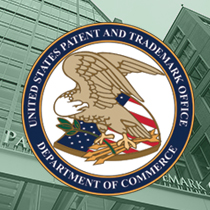