Trademark registrations can last forever – if renewed properly and if the mark is still in use. That is just one way trademarks are different from both copyrights and patents.

But the registrations must be properly renewed. It is critical to docket the deadlines and to properly file for renewal when the time is appropriate.

Here are a few recent examples of what can go wrong if the registration is not properly renewed:

When re-applying it is possible that conflicts are found. It might be possible to reach a consent agreement or petition to cancel the conflicting registration, but those can be costly and complex scenarios.

Application Serial No. 85065751: Application for MUZZIE’S & Design for retail clothing boutiques was refused under Section 2(d) as likely to be confused with MUZZYS & Design registered for clothing and for store and wholesale services featuring motorcycle parts and clothing manufactured by others. The Trademark Trial and Appeal Board affirmed the refusal and Applicant’s prior registration for the same mark was irrelevant. “Applicant also raises the argument in its brief that that its predecessor in interest previously owned a registration for the same mark for “retail clothing boutiques” which was inadvertently cancelled due to the failure to file a Section 8 affidavit. Applicant’s Brief, p. 3. Applicant contends that the marks coexisted on the register for over six years without any instances of actual confusion. We are not persuaded.” Applicant’s cancelled registration cannot justify registration of its current application.

When re-applying, it is possible that the USPTO find the mark descriptive or generic – even when it had not done so in the prior registration – and thus the registration is weaker and grants the owner less protection.

Application Serial No. 77650780: Refusal of WHO’S WHO ONLINE for an online directory as generic under Section 23 affirmed by the TTAB: “The record shows that WHO’S WHO is a unitary generic term.  The record also establishes that the term ONLINE is simply a designation for a type of information available on the Internet, and lacking source-identifying capability.”  And “Thus, Gould-type evidence showing the generic nature of the two terms is sufficient to establish that the separate terms retain their generic significance when joined to form a compound that has “a meaning identical to the meaning common usage would ascribe to those words as a compound.”” Applicant’s prior registration of the mark on the Supplemental Register irrelevant: “While it is unfortunate that applicant’s prior registration was not maintained, our precedent is clear; a cancelled or expired registration has no probative value other than to show that it once issued…. Applicant is not entitled to favorable treatment because it inadvertently allowed its prior registration to be cancelled.”

As these recent decisions show, if a registration lapses there can be serious ramifications. Don’t let it happen to you! 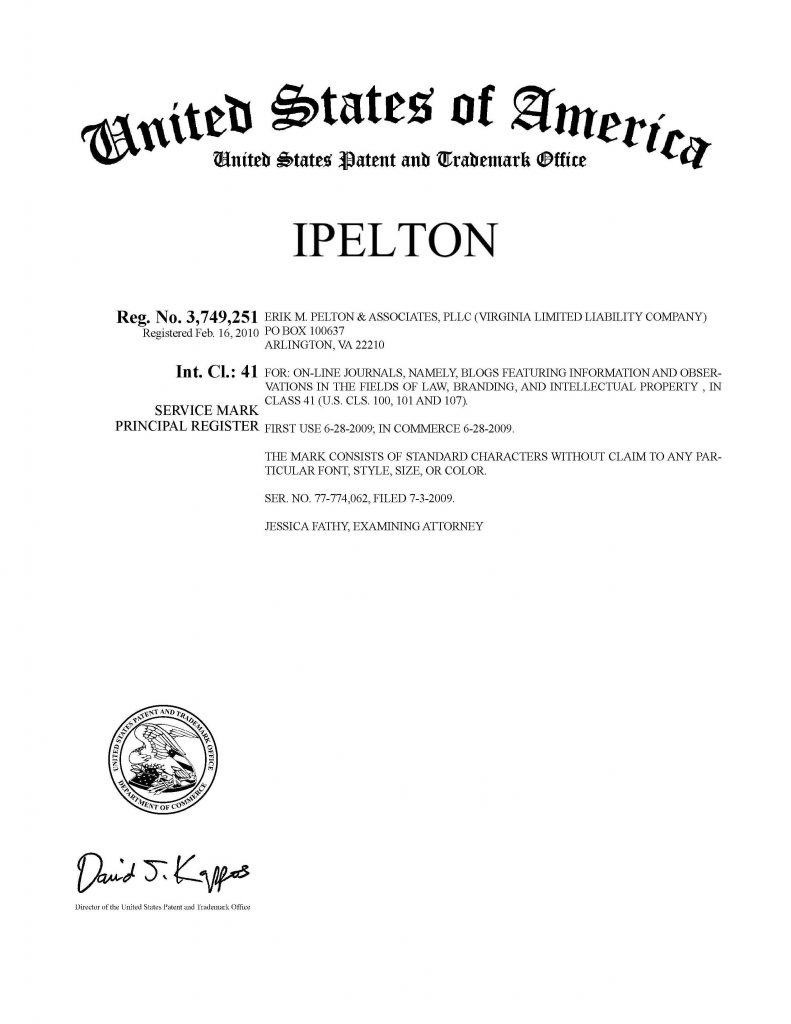