Because I like to practice what I preach, our firm owns more than 10 trademark registrations. An application to register Tuesday Trademark Tip. That application was refused registration on the Principal (or stronger) register, as the USPTO has asserted that the name is descriptive. I contested this ruling and appealed it to the administrative judges of the Trademark Trial and Appeal Board (TTAB). A hearing in the appeal was held recently.

A decision of the USPTO refusing an application for registration can be appealed to the TTAB once it is a “Final Office Action.’ The appeal is called an Ex Parte Appeal. The applicant and the USPTO examining attorney each submit briefs. A hearing is held if the Applicant requests one. And then the judges then make a ruling. The entire process can take about year from the time the appeal is started, especially if the applicant requests a hearing, which takes some time to schedule.

The decision – and the hearing if there is one – is by a three judge panel. During the appeal process, no new evidence can be entered into the record by the Applicant or the Examining Attorney. The USPTO filing fee for an Ex Parte appeal is $100.

The hearing allows the Applicant 20 minutes to argue and the Examining Attorney 10 minutes.  The Applicant may reserve some of its time for rebuttal.

The hearings are open to the public.  Parties – and even judges – may appear in person or via live video transmission.

I always advise that an appeal is an “uphill battle” but if there are strong arguments that the USPTO has ignored or evidence that has been misunderstood, it may be worthwhile to get the case in front of three new faces instead of the examining attorney who has already made up his or her mind. 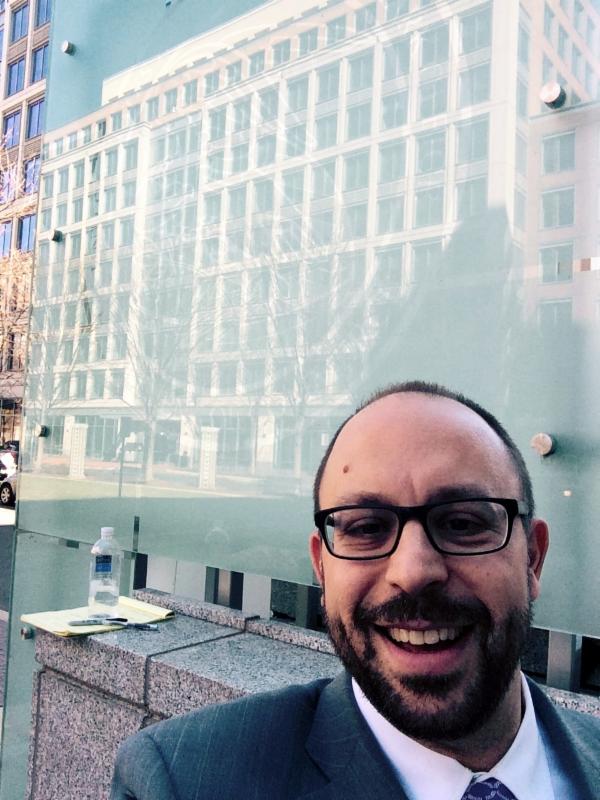 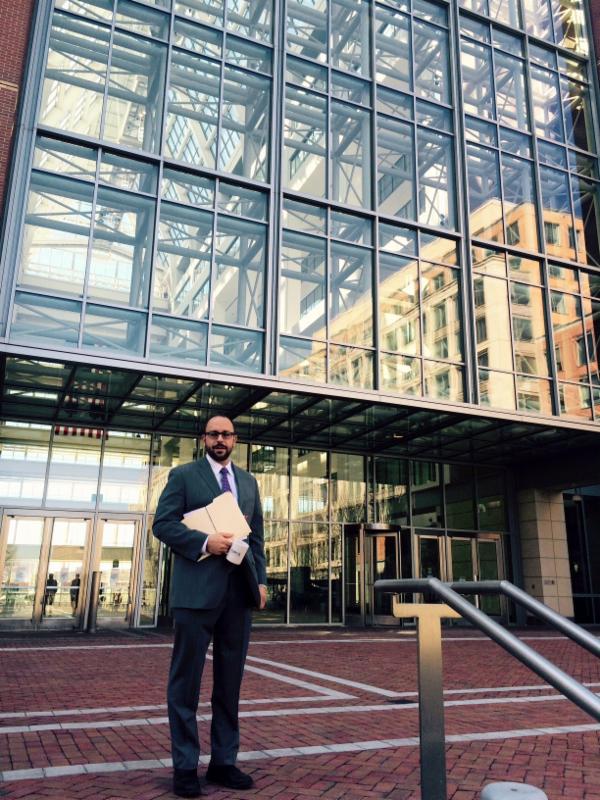 Pictures outside of the USPTO last recently following my hearing on the Tuesday Trademark Tip application.