The following is an edited transcript of my video, Having Trademark Registration is Like Double Insurance for Your Brand. 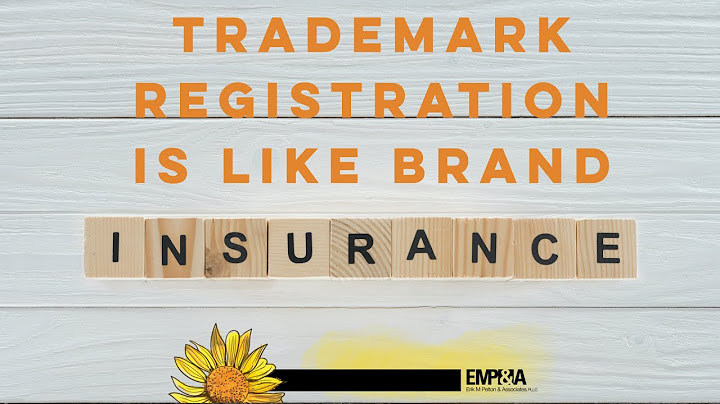 I will never forget this day about two years ago, because it was one of the biggest panic attacks that I’ve ever had, and I think you’ll understand why as this story unfolds. It was about eight o’clock at night, i think we had just finished dinner and we were relaxing, talking, and I got a text message from a friend of mine. The text message read: “Is your office on fire?!” Immediately, I texted back “Wtf?” “We’re at the restaurant next to your office. There are three fire trucks and an ambulance at your office.” And now I am immediately like, “Oh my God. Oh my God. What? Oh my God. All the equipment, the computers… Nobody’s there, but the files, the… Oh my gosh. Oh my gosh.” I was seriously panicking.

My first instinct was to get in the car and drive there, as if I was going to be able to do anything or save anything. If there really was a huge fire with three fire trucks there, of course I would be useless at that point and I wouldn’t even be allowed to get close to it. But it all turns out thankfully that there was no fire. Nobody was hurt. There’s a music venue right around the corner from my office, and there had been some incident, somebody had fainted or something, so there was a response from the fire department with their sirens. Everything turned out okay. There was no fire, but for about 10 minutes until somebody else texted me back and confirmed what was going on, I had all of this panic and thoughts through my mind.

Why do I share this story with you? Other than that it’s a colorful story, I want to talk about insurance. Had there been a fire, thankfully, I know that I have smoke alarms. So the odds of somebody not knowing about it and being stuck are small. I have fire extinguishers in the building. I have insurance on the building, and on my business and property. And that insurance, while it certainly doesn’t mean that the actual fire wouldn’t have a tremendous impact and loss, it means that in the end, God forbid something had happened, it would have been okay. I would have been reimbursed. I would have been able to fix things and maybe the smoke detectors and fire extinguishers would have prevented a much larger problem.

What does this have to do with trademarks?!? Trademark registration, believe it or not, is just like that insurance and that smoke detector and fire extinguisher for your brand. You see, trademark registration helps prevent problems with your brand because you’re in the USPTO’s database. I’ve talked about that a lot. The database works 24/7, 365. And not only are potential brand owners doing searches for new names, the examiners at the USPTO are doing searches for conflicts when they’re reviewing other people’s applications. So just appearing in the database is giving you insurance. 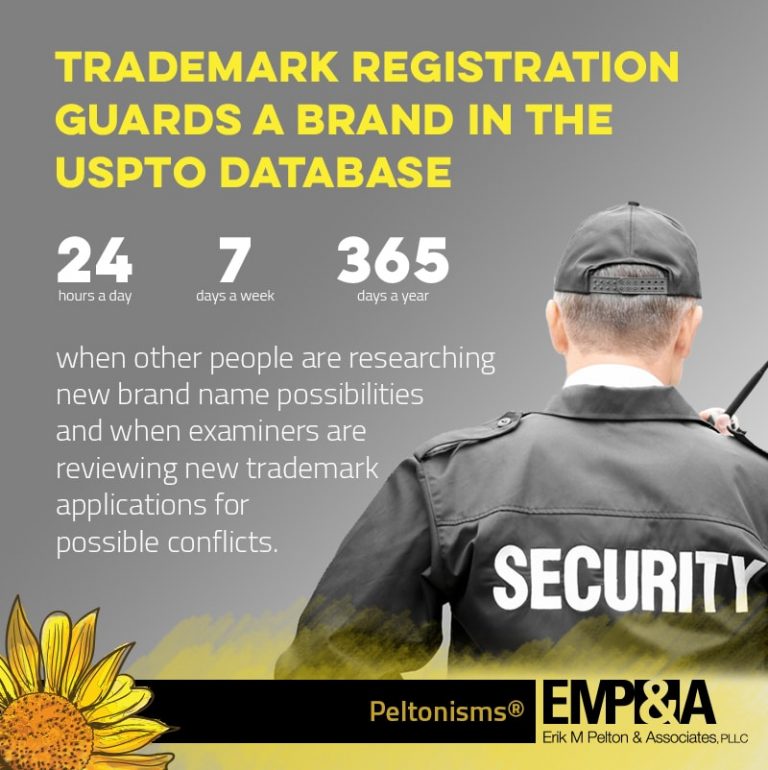 And in the event that someone copies your brand, or there is litigation related to your trademark or brand, having that registration makes a tremendous difference. It gives you presumptions in court. It gives you ability to get additional damages in courts. It generally is going to make your case stronger and easier and quicker to resolve if somebody copies your brand name.

For all of these reasons, trademark registration at the U.S. Patent and Trademark Office acts as double insurance for a brand; double because it acts to help prevent accidents or occurrences from happening, and it acts in the event that those things do occur, it makes them easier and better outcomes to resolve them. That’s called both Preventive and Contingent Insurance.