Somehow this news passed me by earlier in the year when it was announced: the University of Colorado announced a new logo…. and the change cost $780,000!  Of course, logos and brands are extremely valuable and in some instances may justify such an expense (i.e. a company with hundreds of millions of dollars in annual sales).

The new logo is a failure, in my opinion, for several reasons:

For any public institution to spend so much on a tweak of a logo- not even a brand new brand – seems like a poor allocation of funds and the result of poor leadership;

The University does not appear to have filed to register the new design with the USPTO! The filing fee of $325 is of course a minute fraction of the expense spent on the logo;

The new logo is nice, but it represents minor changes in shape and color. No change in meaning or impression. If I were designing a new logo, I would incorporate the buffalo image, which is the University sports teams’ nickname and on all the sporting uniforms and apparel;

It is incongruous – at a minimum – and confusing that the school is “University of Colorado” but the logo is CU; and

My guess (just a guess) is that the consultants tasked with designing a new logo came up with many variations and in the end the decision makers at the school chose the one that represented the least amount of change… which begs the question of why the wanted to change it in the first place.

Here are the logos, new (on the left) and old(on the right): 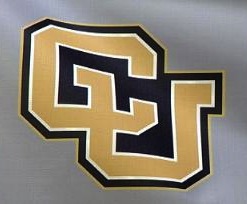 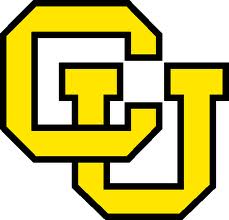 I give the new logo an “F” for execution and for cost. On its own, the new logo is quite nice. But seeing what it came from and the price tag, it is an utter failure. The University has cited bringing consistency to all its various logos, departments, etc. as one of the reasons for the new logo. That could just as easily have been done using an existing logo – or with a new logo that was far less expensive.

On a positive note, I commend the University for having an entire FAQ page devoted to the logo, as well as an official brand website and visual identity guide online.

A video 9 News in Boulder describes some of the reaction to the logo change: