This weekend the Final Four® in the NCAA men’s basketball tournament will play.

Here are some of the pertinent trademarks (click for USPTO information):

THE ROAD TO THE FINAL FOUR

ROAD TO THE FINAL FOUR

This years Final Four men’s teams are  University of Connecticut (UConn), Butler, Kentucky, and Virginia Commonwealth University (VCU). Which has the best brand?

BUTLER BULLDOGS – Butler also made it to the Final Four last year. As I wrote then, the BULLDOGS name is not that unique. Also, it was not registered at the time (though there was a pending application) and it is still not registered although there is a pending application for BUTLER UNIVERSITY trademark. A Final Office Action was issued by the USPTO in November regarding the description of services. This issue is relatively easy to deal with and if it had been addressed within a few weeks of the USPTO’s action in November, the BUTLER UNIVERSITY trademark would likely be registered today. Butler has also filed in the last 15 months for BUTLER, THE BUTLER WAY, BULLDOG NATION, and their bulldog logo (below).

UCONN HUSKIES – The HUSKIES is also not a very original team name. It is relatively well protected, as the school has registered the following trademarks: CONNECTICUT HUSKIES,  UCONN, CONNECTICUT, and the Huskies logo (below)

VCU RAMS – Virginia Commonwealth is this year’s biggest underdog. They also have “underdog” trademark status – no registrations for the school name, mascot, team name, etc.  The “rams” team name is more unique than the others in the Final Four.  Their logo is quite nice, also more distinctive than the other 3 teams. In short, VCU’s brand has the most potential, but the least protection. 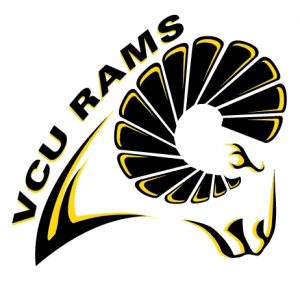 VCU did not learn from last year’s “cinderella” team (Butler) – be prepared for the spotlight. As I said in my Final Four post last year, “Is your trademark and brand name ready for the big time, when you make an appearance in your industry’s version of the Final Four®?” A little preparation means: greater opportunity to capitalize on the logo and brand name, great recognition for the brand, greater value for the brand, less chance that others will copy the brand, and a better/cheaper/quicker effort in general against those who do try to infringe on the brand.