Google recently announced that the latest version of its Android operating system would be called KitKat. Product placement has arrived on your phone and computer. This is brilliant.  And it is the future. Brands will find ways to special attention from consumers because the irony is that brands are so good at attracting our eyeballs — commercials, Facebook, billboards, buses, taxis, sporting events, gas stations, and everywhere in between — that they have diluted themselves. When we see thousands of logos each day, it is that much more difficult for any one of them to really make an impression. Which is why advertisers crave to embed themselves in film and television. And now, in your computer. Google gets exposure on candy wrappers at airports and convenience stores and other places you would not normally be thinking about an operating system. KitKat gets exposure on your phone or tablet or computer. And with less interference than when Nestle advertises KitKat in a commercial that is preceded by a different commercial, or on a billboard that is near another billboard. 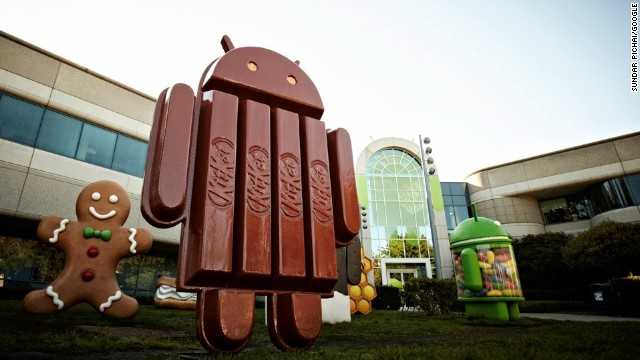 Nestle has even filed to protect KitKat with computer goods: Here is the recent USPTO trademark application by Nestle for KITKAT covering wide range of goods and services, including: Downloadable software via smartphones, mobile phones, mobile terminals or other portable devices and desktop computer applications; computer games programs downloaded via the internet or mobile phone networks; computer application software for mobile phones, namely software for posting reviews and recommendations on goods and services of third parties