GANGNAM-STAIN – Chemical, biochemical and biotechnological agents for industrial and scientific purposes, namely nucleic acids, enzymes, polymerases, reagents for staining and marking, molecular probes, none of the foregoing for medical or veterinary purposes; Kits comprising chemical, biochemical and biotechnological preparations for scientific purposes for sample preparation, purification, lysis, modification and manipulation of cells as well as for the performance of marking, separation, isolation, purification, amplification and analytical methods for biopolymers, namely nucleic acids, enzymes, proteins, macro molecules and biologically active substances for separation, analysis and purification of biological and biochemical compounds, namely nucleic acids made from biological and biochemical sample material, none of the foregoing for medical or veterinary purposes

And here are the one’s owned by Psy’s production company YG ENTERTAINMENT: 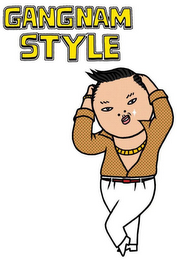 – wide variety of products and services

What will be the big pop culture story of 2013? And will the trademark filings follow it?