“Je Suis Charlie” became a worldwide rallying cry following the horrific events in Paris earlier this month. As a result, the phrase is unlikely to be capable of functioning as a trademark and any applications to register it should be refused by the USPTO trademark office immediately.

One such application has already been filed, for JE SUIS CHARLIE for use with ‘ Promoting charitable giving that reflects the core values of the donor by providing a method to identify the donor’s core values and to select charities that foster those values’. See application Serial No. 86499802.

While not entirely the same scenario, the phrase is reminiscent of past efforts to register other public phrases, like OCCUPY WALL STREET, BOSTON STRONG, and ICE BUCKET CHALLENGE.

These phrases really do not function as trademarks — their public meaning is so well known it is extremely difficult to imagine how consumers could ever recognize them brands, as indicating the source of goods or services. They are also likely to be perceived as ornamental.

Note that OHIM, which oversees trademark registration for the European Community announced on Friday (H/T to @IPKat) that they would likely be refusing applications for “Je suis Charlie” trademarks:

As a general rule, OHIM’s policy is not to comment on any individual cases of trade mark or design applications either before examination or at any stage of the application and registration cycle.

However, the IP issues surrounding the registration of the “Je suis Charlie” mark could be considered to be of overriding public interest.

Therefore, according to OHIM’s Guidelines for Examination on Community Trade Marks (Part B, Section 4), an application which consisted of or which contained the phrase “Je suis Charlie” would probably be subject to an objection under Article 7 (1) (f) of the Community Trade Mark Regulation, due to the fact that the registration of such a trade mark could be considered “contrary to public policy or to accepted principles of morality” and also on the basis of Artice 7(1)(b) as being devoid of distinctive character. 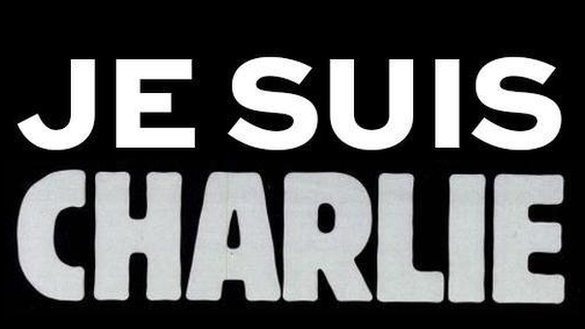