The following is an edited transcript of my video, Why Are US Trademark Applications Taking Longer Than Ever?

And one of my favorite, favorite videos and items that I’ve worked on in the past is called The Long and Winding Road of Trademark Registration for a couple of reasons. It’s a great visual that my friend Chad Barr put together. It’s a spin on the Beatles, which, I love all different types of music and hundreds of bands and artists, but none of them top the Beatles for me. And it just perfectly expresses the fact that a trademark application, in good times, takes about a year and goes through many, many steps and obstacles along the way. And now, in 2021, it takes even longer than ever before. And I want to explain why and what that means for trademark filers.

The why is because there’s been a tremendous influx in new application filings. Filings have grown every year for the last decade by 3, 4, 5%. And in the last two years, they’ve grown by a multiple of that. So it’s been explosive growth combined with the pandemic and the USPTO initially having concerns that there would be significant recession when the pandemic struck, and so they cut back on some things investment-wise for a few months. The result is a giant backlog – the backlog is larger than I’ve ever seen before in the last 25 years.

Before the last year or so, it used to take a little bit over three months to get a review from an examiner once an application was filed. As of mid-2021, we’re seeing that take  six or seven months, and given the backlog and given the fact that the explosive filing growth really hasn’t slowed down, I’m actually predicting that the backlog will grow further before it improves. Hopefully, it won’t grow that much larger before it improves because the USPTO has been aware of this and trying to work on it for several months now. But it’s quite likely that the average application is going to take seven months or more to get reviewed for the rest of 2021 and perhaps beyond.

The most important thing is that an initial application filing date is always of tremendous significance, and that’s not affected. It’s always better to file right away – get your filing date. And in many respects, whether it takes six months or a year or two years to get a registration, doesn’t matter so much. My friends in Canada will tell you that even taking a year or a year and a half to get a registration – they would give anything for that, because they’re currently looking at about two and a half to three years on average to get a registration in Canada. So it’s all a matter of perspective, so to speak. 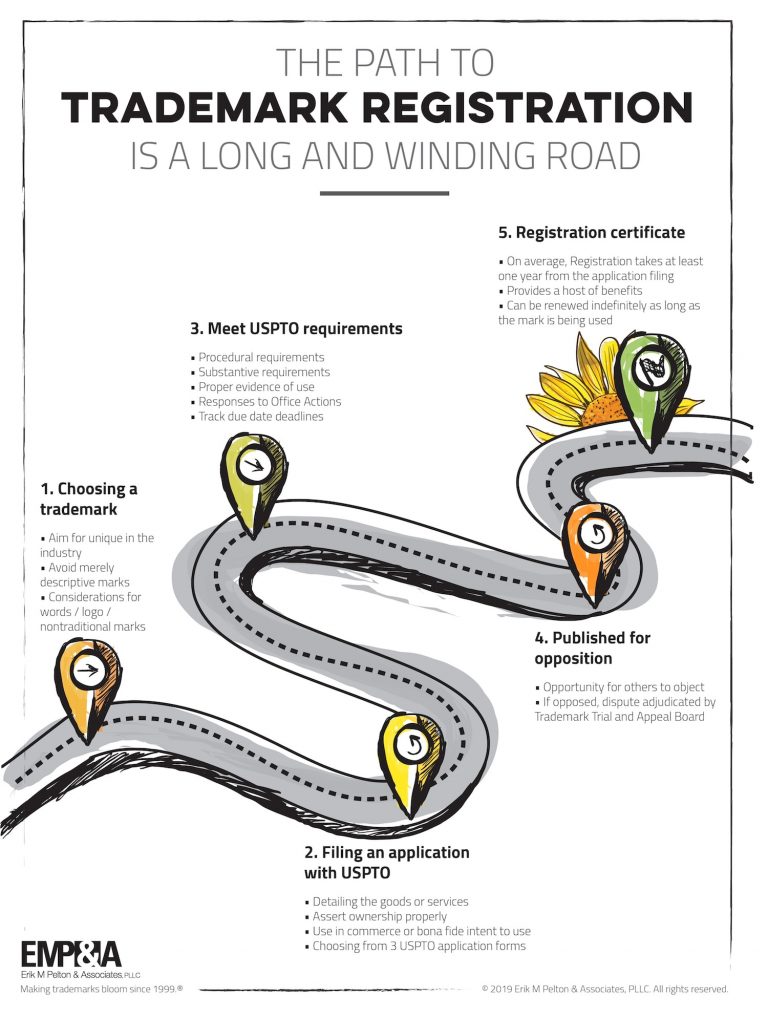 But there are some things you can do to help mitigate the effects of this backlog and delays.

If that is the case, that’s a real, tremendous concern and a perhaps new and unique way of international conflict and something that I hope the USPTO is paying a lot of attention to. I know that they’re working on upgrading their security and login credentials and things like that, but the broader questions about why this is happening and how it might be mitigated are very important, serious questions.

To come back to the opening here, though, the long and winding road is even longer and more windy right now due to this backlog.