The Washington Redskins football team have been defending the “Redskins” name and trademark in court, and in the court of public opinion, for years. The proceedings still continue at the Trademark Trial and Appeal Board (TTAB) of the USPTO. The legal proceedings allege that that the name  disparages Native Americans.

If the football team loses the registration rights due to a finding of disparagement, it is not clear what impact it would have on their licenses and their ability to stop others from using the trademark. A trademark has some protection even without a registration based on common law rights. Here, where the name has been in use for decades with substantial sales those common law rights may be significant.

But has the football team created a back up plan? A company called Washington Football, Inc. – sharing an address with the Redskins’ training facilities and offices at 21300 Redskin Park Drive – filed in 2007 for registration of WARRIORS. The pending application covers clothing and ‘Entertainment in the nature of football games.’ The application has been suspended by the USPTO for more than 2 1/2 years pending the outcome of multiple other applications for marks that contain the term “Warrior.” 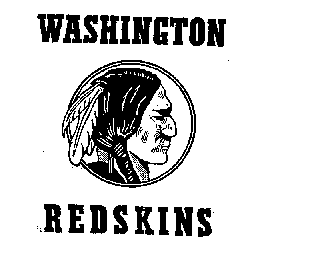 The same company – Washington Football, Inc. – previously filed for WASHINGTON WARRIORS as far back as 2000. That application was abandoned in 2005 after the maximum 5 extensions of time to show evidence of use were granted by the USPTO.

Is this all a shrewd move in case the team needs to or decides to abandon the Redskins name? One thing is for sure: it never hurts to have a backup plan.